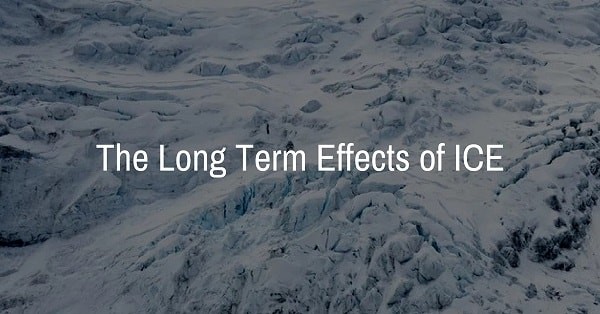 ICE or methamphetamine use has various short and long term negative effects. In Melbourne, and greater Australia, ICE has had and continues to have a terrifying effect on at risk communities. It’s one of the reasons why many research the long term effects of ICE usage. They’re concerned about the implications for themselves and/or those of loved ones that may be addicted to the horrible drug. Addiction as defined by “a compulsive behaviour that is repeated in spite of it yielding negative outcomes and consequences”.

Here are some of the long term effects of ICE that users may experience:

Whenever we do something enjoyable like seeing a good film, catching up with a good friend, playing sport or doing something else we truly enjoy, the brain releases dopamine, a feel good chemical (1). When ICE is used, dopamine, gets released at 1000 times more than its normal brain regulated dose (2). This ultimately helps make users feel confident, positive, and productive.

When the “high” ends, the hormone crashes, leading to feelings of high anxiety, flatness and depression. To relieve these feelings, users will look for another quick hit for dopamine relief. This cycle can help explain its why it’s so powerfully addictive. As the times pass, users require a higher concentration in order to relieve the symptoms associated with the crashes. This helps explain why users are more likely to suffer from depression and anxiety. Slowly the long term use of ICE results in depletion of dopamine making it hard for the user to feel pleasure from anything – increasingly promoting long term negative states.

Scientists have started looking at the brains of users to see what effects methamphetamine use has had on brain structures of those that have used in the past. One study, using PET imaging (or Positron Emission Tomography), has found dopamine neurons were still damaged three years after discontinuation of use (3).

These structural changes may indicate why many users suffer from paranoia and hallucination, which are common to users of ICE. It’s been found 25% of all users will experience states of psychosis at one point each year (4).

Methamphetamine psychosis is a highly erratic and dangerous state that arises from long term use. It’s a state that is characterised by hallucinations and paranoia (5). Symptoms can last for a number of hours to a number of days. People will show signs of severe agitation, over reaction and alertness. They are extremely hard to reason with and very difficult to calm and relax. They form one of the leading challenges when users in these states turn up to hospital emergency wards.

Often users will need to take higher and higher doses in order to yield a desirable ‘hit’. The increased concentrated dose has a damaging effect on the body. High doses makes them even more vulnerable to a racing and irregular heart beats, damaged blood cells, and increased body temperature. These effects can result in long term damage to the heart, liver and lungs. All potentially bringing about an early death.

Many will grind and clench their teeth whilst using and this can result in cracked teeth, decay and the need for removal.

ICE use places such a heavy stress on the body, users will appear to age at a rapid rate. We have all seen the before and after photos which are common in american drug literature.

Many relationships are negatively impacted by the use of ICE. When a partner starts consuming, the effects are everywhere. On household income and maintenance, to the responsibility of looking after children.

ICE is one of the worst drugs to be addicted to for the above reasons and many more. If you’re looking to get help for a loved one or for yourself, please get in touch with your GP or specialist. If you’re considering rehab, you’re welcome to contact Barbara and the team here at Refocus to get information on (03) 9826 0949.